Anatomy Of A Law Report

Have you been faced by 60 pages of case and been completely overwhelmed with fear?... Help is at hand!

We've been collaborating with the kind people at The Incorporated Council of Law Reporting (ICLR) to bring you a resource to help understand what all those different sections within a law report actually mean, and give you guidance as to why they might be useful for law students.

Paul Magrath talks us through Hunter v Canary Wharf Ltd [1997] AC 655 providing us with pointers throughout. We also have a copy of the case in full, with no audio. 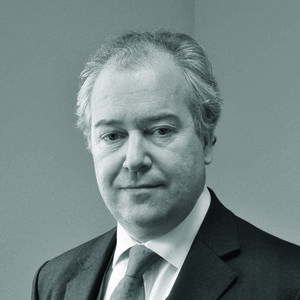 Paul Magrath has written or edited law reports for most of his life. He is currently Head of Product Development and Online Content at ICLR, official publishers of The Law Reports since 1865, as well as the Weekly Law Reports and the Consolidated Index to law reports (the “Red Book”). He has been responsible for the launch and on-going development of ICLR Online. This was a major change for ICLR, after nearly a century and a half of being the leading publisher of case law materials in print, to launch its own dedicated online service.

ICLR Online benefits from its own archive of law reports dating back to 1865 alongside an integrated unique Citator+ tool that references all the leading series in the market.

He was also responsible in 2009 for a series of educational video films about law reporting, “Always Cited in Preference”, which can be viewed on the ICLR’s YouTube channel. In 2007 he launched The Business Law Reports (ICLR), of which he was editor until 2012.

Paul Magrath read law at Exeter University and was called to the Bar in Middle Temple.

The Incorporated Council of Law Reporting for England and Wales was established in 1865 by members of the legal profession with the object of the “preparation and publication, in a convenient form, at a moderate price, and under gratuitous professional control, of Reports of Judicial Decisions of the Superior and Appellate Courts in England and Wales” (Memorandum and Articles of Association, 1870)

ICLR has published the official series of The Law Reports (AC, QB, Ch, Fam etc) since 1865 and the Weekly Law Reports (WLR) since 1953. They also publish the specialist series ICR (Industrial Cases Reports), Bus LR (the Business Law Reports) and PTSR (the Public and Third Sector Law Reports) and the Consolidated Index to leading cases (the “Red Book”).

All this content is now available to subscribers of ICLR Online, together with a large volume of other content and features, including links to unreported judgments on BAILII. Students who do not have access via their library can take out a student subscription at a substantial discount.

For details, or a free trial, see the ICLR Products page. Contact: sales@iclr.co.uk 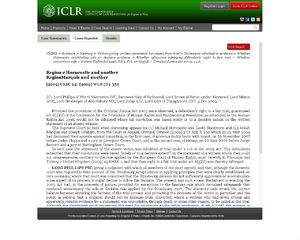 ICLR also publishes, on its website, a free series of daily case summaries, cited as WLR (D). These offer advance information about cases which ICLR will publish in the Weekly Law Reports or one of its other full text series, and generally appear within a day or two of judgment being handed down.

*TIP* These WLR Daily case summaries provide a useful resource for students wanting to keep up to date with the latest developments in all areas of law.

The status of existing precedents can often be changed when a new case decides whether or not to apply it, and senior courts such as the Court of Appeal or Supreme Court may even overrule or reverse a lower court’s decision, with a knock-on effect on a string of other cases.

Moot contestants should always check for the most recent cases on any point in their argument. Apart from anything else, it will impress the judge if you can cite a reliable summary of a new case so up-to-date it has not yet been fully reported. For the latest WLR Daily case summaries, and a search form to find any case summaries published since 2009, follow this link